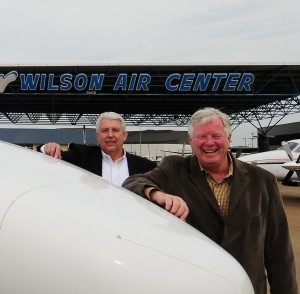 In addition to this recent recognition, Wilson Air Center – Memphis tied for #3 Best FBO in “The Americas” (North, South and Latin America) survey in Aviation International News (AIN).  Each of Wilson Air Center’s individual locations, Charlotte, Houston, Chattanooga and Memphis have also been repeatedly acknowledged for their advances in customer service and commitment to excellence.

“I am extremely proud of our team for continuously striving to be the best in the industry,” says Dave Ivey, Vice President, Wilson Air Center. “Our customers demand the highest level of service, and we strive to exceed their expectations every day.”

Wilson Air Center – Houston has also been recognized as the #1 highest rated FBO at Houston Hobby Airport (HOU) in 2013, by Professional Pilot Magazine. The HOU facility was also previously voted the Most Improved FBO in the nation in the same publication.