Plans set for all new hangars, terminal and much more 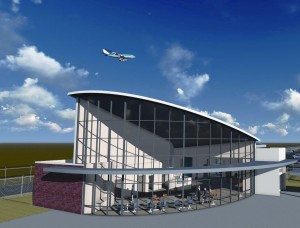 As Houston Hobby Airport continues to experience an impressive rise in corporate and general aviation operators, Wilson Air Center Houston is meeting the demand of their customers with an aggressive expansion project. In addition to being voted #1 Best Small FBO Chain this year for the sixth time, Wilson Air Center is also the highest 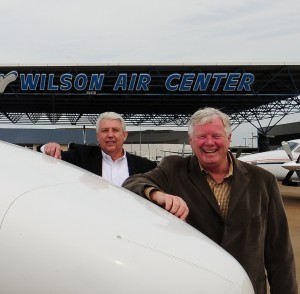 ranked FBO at Houston Hobby, Professional Pilot Magazine, 2013 PRASE Survey.  It is Wilson’s deep history in the hospitality industry, richly appointed facilities, and concierge level services that led to their constant recognition within the industry.

“We have been experiencing an impressive increase in traffic at Houston Hobby,” says Dave Ivey, Vice President, Wilson Air Center. “With our strong roots in the hospitality industry, we remain committed to not only accommodating the growing volume of customers, but also to completely exceeding their expectations with our customer service and our facilities.  This expansion project is a part of that commitment.”

With Phase I complete, which encompassed a total renovation of the 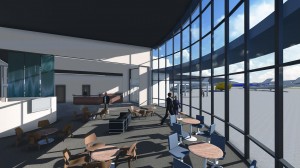 As Phase II gets underway, Wilson Air Center is wasting no time preparing for Phase III of their impressive expansion project. Featuring an all-new, elegant 10,000 sq. ft. Executive Terminal, Phase III of the plan promises to be one of the most exciting parts of the expansion. Complete with stunning views of the airport and downtown Houston though a 35-foot all-glass façade, the new terminal will be unlike any other FBO at Houston Hobby, coupled with the highest level of service visitors have come to expect from Wilson Air Center.

In addition to the all-new Executive Terminal, Phase III also includes plans to construct an additional concrete ramp to support the increase in traffic at Houston Hobby.

As the only FBO at Houston Hobby that has a significant amount of additional land to be used for future development, Wilson Air Center is developing plans for Phase IV of their expansion project. While a completion date is not yet set, plans include construction of private and community hangars as well as modern, upscale condo hangars for owners who desire privacy and security, while still having award winning FBO and concierge services available from Wilson Air Center Houston.